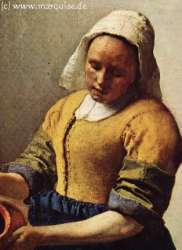 First off, an introduction to the historical background of this pattern and possible adaptations. This is a pattern for a petticoat of circa 1600-1700, but it can be adapted for lower class wear until about 1820, with some adjustments. The period and class that you are making the petticoat for will determine as much about it as what is to be worn with. Length is the first and most important consideration; if you are doing an aristocratic persona it should be to the ground in front with a very small train for c. 1620-1680, and with longer train for court wear or for 1680-1700, bearing in mind of course that status determined the length of the train. I found on the L'age D'or website that in 1710 an act was passed which stated that a train could be 11 feet for the Queen of France, that of the the royal princesses 9 feet, more distant relations of the king, 7 feet, princesses who were not daughters of the king 5 feet, and duchesses 3 feet. This also apparently goes for court dress, at least in France, for the entire later century. All of this excess material was looped over the left arm while walking, which must have been quite heavy but at least kept it out of the way of dirt and other people's feet, which as any re-enactor knows can drive one mad.

If you are doing a lower class persona, however, the considerations are practical rather than status related. Lower class women of the period seem never to have had floor length skirts(actually, many aristocratic women didn't either for everyday wear, according to Restoration London).


In fact, period engraving of street criers show skirts as short as a few inches above the ankle, but no longer than the shoetops. Also, the idea of lower class meaning plain is not to be taken at face value. The kitchen maid in Restoration London quite clearly has trim of some kind on her petticoat and Vermeer's women often have bands of contrasting trim on their clothes. Also, the lower class love of bright colours is evident in all period paintings, particularly those of the Dutch genre painters. Red petticoats seem to have enjoyed an especial popularity, even among Puritans and the lower classes (Vermeer's kitchen maid is wearing one). This should not, of course, be taken to mean that a peasant character has no status restrictions whatsoever. For a good look at the sumptuary laws, I would refer you to the Sumptuary laws section of Drea Leed's website at http:/costume.dm.net/sumptuary.html. While these are much earlier than our period, they do give a general idea of what could and could not be worn by any given class. Also, as the last sumptuary law in Great Britain was passed in 1621 in Scotland, they can be presumed to give a reasonably accurate idea even after their own period. One exception is cotton, which was not worn extensively in Europe until the late part of the 17th century, which made it a quite highly prized fabric so it is not a good choice for everyday petticoats, even for the aristocracy. Having said that, however, many people will argue that it was common, was unknown, or other than stated here. This is not meant to be an absolute rule book.

As for the considerations imposed by period, one is how your garment is pleated. If you are doing 1620-30, then cartridge pleating will produce more the right effect. For 1630-75 it is the choice of the wearer and the nationality of the costume (Dutch costumes have a hang more suggestive of cartridge pleating, whereas English and French skirts are narrower at the hip which suggests knife pleats). For after 1680, it should be knife pleated to give the very narrow, vertical line of the period.


If you are doing lower class, cartridge pleating is probably more accurate as it is faster to do and one doubts that a peasant woman would have had the time to arrange knife pleats. For more information on pleats, their construction and the finished effect, go to the Pleating Tutorial at the end of this article. Also, the event you are doing will also determine the length of the petticoat. We do a fairly workmanlike demonstration of cooking, but we have an aristocratic persona, so our trains dragged in the mud and fire pits and the skirt had to live most of the weekend looped up, revealing some mighty plain underpetticoats. My suggestion, then, is to make sure you have at least one (washable) petticoat for any aristocratic persona, so that if the outer petticoat must be looped up, it won't be a problem. Failing this, you can simply follow the everyday style of a petticoat with no train. All this mud and dirt is, I think, why working-class women's skirts never reached the ground or were trained and why even an aristocratic woman pinned her overskirt back if she had one, and looped up her petticoat when she was outdoors. The pattens and galoshes worn at this period would also have raised the skirts above the mud.


Now, at last, on to the pattern. It is extremely straightforward, though the introduction would not suggest that.

First, you will need 3-4 metres of fabric 45in (~115 cm) wide, or if you are tall or want some left over, 60in (150 cm) wide. Fabric selection is the most important thing you can do to have it look authentic. The rule here is, modern fabrics cannot be fooled into looking period (been there) and if you want something with a satin look but don't have a fortune to spend, so-called silk shantung works quite well and is affordable, or baroque satin. Wool can be simulated fairly convincingly with a cheaper (and softer) wool/poly blend. Also, upholstery brocades work, are relatively inexpensive, and authentic for almost the entire period, but be aware that it can't be the kind with a plastic like back. Somewhat surprisingly, Aphra Behn and Etherege both are quoted in a History of Underclothes as mentioning flannel for petticoats. Sewing the petticoat is simple, but it would be wise to leave about 8 hours for the cutting and sewing. Take your fabric, cut it in half widthwise, measure from waist to ground in front, take one of the pieces and cut it off to that length plus 2 cm (1in). Repeat with other piece, measuring for a train if desired. As mentioned previously, if you want a shorter petticoat measure to where you wanted plus 2 cm.


Sew up side seams to within 15 cm (6in) of the top, then add a placket around that bit or hem it. If you use a placket, be sure that the strip is wide enough or you'll have those nasty little holes where it pulled away from the fabric. After this, you have some choices - you can make a waistband that closes with ties on the sides (very easy to put on alone, but not documentably period) or you can make a waistband in one piece, make a 15cm slit in the back, finish that and have a back-fastening skirt. Either way it is important to make your waistband before you pleat your skirt. We made our waistbands by cutting a 15cm wide strip of fabric the waist measurement plus 8 cm (~3in), ironing a small crease in the long edges, then basting interlining half the width of the waistband to the wrong side of the fabric (if you are making a side closing petticoat, you'll need to cut the waistband pieces in half) then finishing the short edges. If you are using ribbons, sew them in now, to the unlined half of the waistband on the inside, when you finish the ends. Make sure that your ribbons will be right side out when it is finished. If you are using hooks, simply finish the ends. I have also found in History of Underclothes a reference to buttoned petticoats. I cannot find any more specific information on the topic. Next, you will need to pleat or gather your skirt at the waist. If you are using knife pleats, you will likely end up with a skirt that is WAY bigger than your waistband. Don't panic, simply adjust the gathering threads until it fits. Then, carefully attach your petticoat to the waistband, hem it, and attach hooks if you are using them, and you're done.

A few notes on the authenticity of this pattern: The ribbon ties are period for the seventeenth century, but the side closing waistband is our invention, although it does seem consistent with the period sewing techniques, which are relatively simple. Also, hand hemming adds much to the authenticity of the petticoat, though a blind hemstitch on a machine will have the same effect. If this is your first petticoat or you are in a hurry to get it done, machine hemming is all right (after all, who is going to have their eyes riveted on your petticoat hem? If they do, John Evelyn must have come back from the dead). This pattern can be made authentic in everything except that the fabric is used with the grain running vertically instead of horizontally, but it does look right when the light breaks on it. Period petticoat patterns were set up to accommodate much narrower fabric (period silks were usually 48-55cm wide). For trim, it can go around the hem or around the hem and up the centre front. After about 1675, a flounce can be added to an upper-class skirt, and for the very late century, that hip level flounce can give a more period effect. I have never tried these, so I have no specific advice. Finally, you may want to make more than one petticoat for each costume so that you can keep it looking fresh. This is a very period thing to do as it alters the appearance of the gown quite a bit without much expenditure of time or money.

Cartridge Pleats: This is basically a running stitch, pulled up to form pleats. To do it, thread a needle (not a over large one or the fabric will pull) with a substantial length of thread, then make even running stitches. For those of you with no pleating experience, a running stitch is just like a regular hand stitch except that the thread is not pulled through until no more fabric will fit on the needle. This is quite simple and easy to do once you have the hang of it.

Knife Pleats: While these take more time and thought than cartridge pleats, they are also period and give a lovely, sumptuous effect. To do, thread needle as above, then, using your thumb as a guide, pinch up a piece of fabric that size and lay it over to one side. Then put a small stitch in to hold it in place. Repeat until all the fabric is pleated. These stitches will not be removed, so be sure that your thread comes close to matching the fabric, although some garments in the 18th century show white or otherwise non-matching thread colours. Also, bear in mind that two needles produce a longer pleat than one, and that by placing the stitches of knife pleats lower, you can eliminate bulk at the waist, thus avoiding the ship-in-full-sail effect that is seen in the 19th century. Placing the first row of stitches about 2in (5cm) below the top of the fabric produced an effect suitable for 1670-1700, that is, narrow at the hip and pooling on the ground. Cartridge pleats will retain some fullness at the hip, even if done with two needles. This is not a drawback if your petticoats need to hold up a heavy overskirt or if you want a more rounded shape.