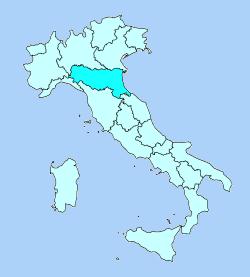 The earliest settlement at Bologna emerged by the 4th century (500) B.C. as a prosperous Etruscan settlement known as Felsina. The Celtic tribe of Boii people invaded and were absorbed into the Etruscan population. The area was conquered by the Romans sometime before the 2nd century (189) B.C. The Romans renamed the city Bononia. The Roman period saw the population of Bologna grow to 30,000 and it became the second most important city of the empire (and later republic) after Rome. The patron saint of Bologna, Bishop Petronius, made several necessary improvements for the defence of the city after the fall of the Roman Empire in 476. He raised public buildings and restored the city to some of its former magnificence.

After the fall of the Western Roman Empire, the city was conquered by the Ostrogoths during the Gothic-Byzantine Wars, and then by invading Lombard (Longobards) kings in the 8th century, who periodically lost control to the Byzantine Empire centered at Constantinople. After the 8th century, the short rule of the Lombards was ended as they were pushed north by the military advances of Pope Adrian I. Bologna was thereafter ruled as a Papal State. Aside from its fame as a city of many artistic splendors, heroic history, and ancient buildings, Bologna was known as "the fat" (la grassa) for its excellent cuisine and agricultural wealth. Bologna was one of the leading cities in Italy; a magnificent city of beautiful religious architecture and grand civic buildings. 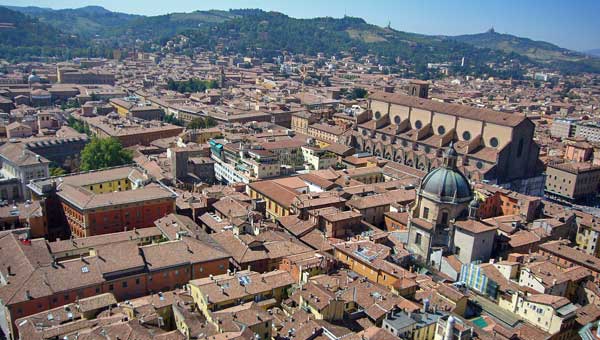 Bologna became a most important city for trade and commerce in medieval times. The proto-Renaissance flourished in the city of Bologna, home to Europe's oldest university - then called the Studio - the University of Bologna was founded by 1088. Petrarch studied law at Bologna in 1320, Dante and Manuel Chrysoloras also attended. Leon Battista Alberti, Nicholaus Copernicus, Albrecht Dürer, and Pico della Mirandola studied here in the 15th century. After the long, armed struggle for control of the city between supporters of the Guelph (pro-pope) and Ghibelline (pro-emperor) parties, the city again resisted aggressive conquest by the Holy Roman Empire under Frederick Barbarossa. The city of Bologna and its surrounding territory then found itself alternately under the rule of the Visconti of Milan and then the Bentivoglio as papal vicars. Under the powerful condottieri family of Bentivoglio, the city's iwealth and importance grew over the next few hundred years, resulting in it becoming one of the largest quasi-independent cities in early modern Italy.


The Bentivoglio and the 15th Century 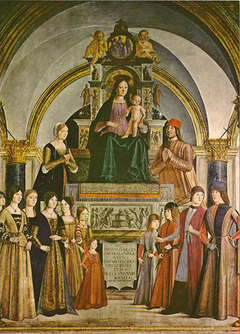 During the 15th century Bologna was ruled by the House of Bentivoglio as papal vicars. Although legally under papal authority, these princely nobles managed to create a wealthy, populous, and strong independent city-state. The Bentivoglio family, much like the Medici of Florence, were Signori (overlords of the city) and functioned as de facto dukes or princes, but were technically private citizens ruling on behalf of the Church. To combat territorial disputes from beyond the Romagna and to protect their dynastic interests (much like other noble families of the day) the Bentivoglio concluded marriage alliances with neighboring ruling families of Italy such as the Gonzaga. Giovanni II, Lord of Bologna and his wife Ginevra had sixteen children, eleven of whom survived. One of their daughters, Francesca was married to Galeotto Manfredi, Lord of Faenza. She had him murdered in his bed for being unfaithful. Legend states that the servant didn't handle it quickly enough so she stepped in and finished him off herself. 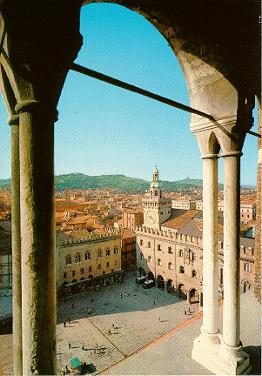 
Bologna and the Borgias

During the reign of Pope Alexander VI, his son and commander of the papal armies - Cesare Borgia - had by 1502 conquered most of the cities in the Romagna region on behalf of the church. The Borgias had carved out a hereditary state in central Italy composed of most of the lands between Tuscany and Lombardy. To achieve this, Alexander VI declared that all of his vicars in the Romagna and the Marche were deposed due to non-payment of dues and other loopholes. he was able to confiscate their titles, land, and treasure since in theory the vicars were subject directly to the pope.

These rulers, such as the Manfredi of Faenza and Baglioni of Perugia, had been virtually independent for centuries. The lords were cruel and imposed harsh taxes to support their lifestyle, so when Cesare eventually took power, he was viewed by the citizens as a great improvement. Cesare Borgia's condottieri turned against him before he could attack Bologna. Yet, even at the height of the Borgia's power, Bologna was somewhat off-limits, being extraordinarily powerful and commanding a large, loyal standing army. By 1506, Pope Julius II successfully expelled the Bentivoglio and regained full control over the territory. The area is strategically important as it sits along the Via Emilia - the important trade route and highway between Milan and the coast.


Bologna and the House of Bentivoglio Photos: