The independent comune of Genoa was founded after 1052, and as a republic survived until 1815. When it was established, it consisted in the city and surrounding lands. Ten years after its formal founding almost all the surrounding region was under its influence, including the islands of Corsica and Sardinia. Genoa took part to the First Crusade in 1098 gaining settlements in East Mediterranean Sea, notably in Syria. The Republic conquered or was granted a number of colonies over the following two centuries: Izmir (Turkey), Caffa (Crimea), the islands of Chios and Samos, more settlements by the Black Sea, then the islands of Lesbos and Cyprus and Trebizond. The Genoese colonies to the East granted the city wealth and power for centuries. The Genoese fleet and merchant contacts with the Levant were privledged and sophisticated, and a fierce rivalry with Venice was constant thoughout most of its existence. Genoa became a rich and powerful state early on, and aligned its interests with those of the papacy during the crusades. 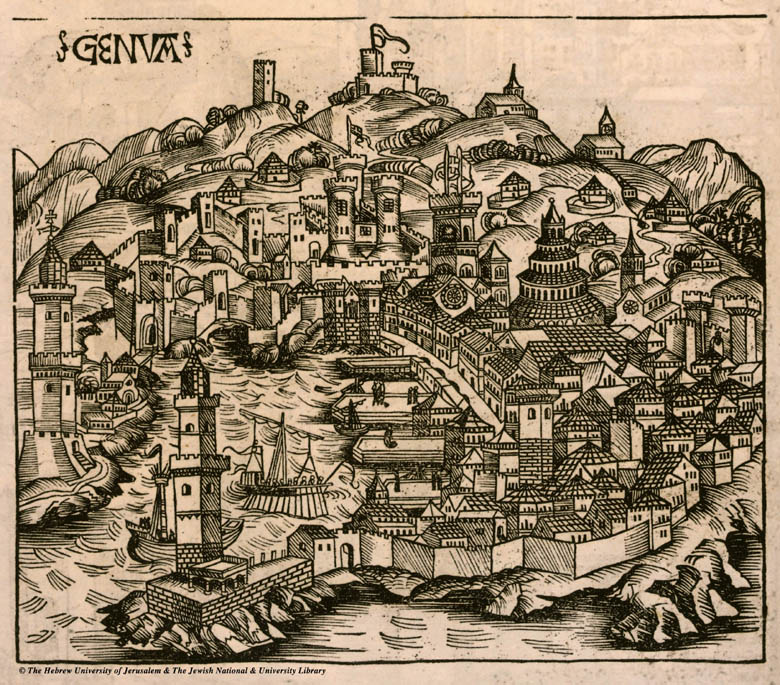 Genoa formally became a republic in 1339 with the election of the first doge, Simon Boccanegra. Genoa's economic power was built upon and maintained by the bank of St George, founded in 1408 by a group of wealthy merchants. Its structure and policy aimed entirely to keeping merchant interests well-served, at the same time it also sought to temper the chaos of medieval Italian republican intrigue (factional conflict between Guelph and Ghibelline). Neighboring powers - Milan, Montferrato, and France - were overlords of the Genoese off and on throughout the entire 15th century.

The significant rivalry with Venice was fought during the 13th century. Genoa became the first naval power in the Western Mediterranean Sea after defeating Pisa in 1283 in the naval battle of Meloria. So many Pisans were deported to Genoa that a common saying was: "Go to Genoa if you want to see a Pisan". Still nowadays a small square in the old city centre is called "Campopisano" in memory.

After the defeat at Chioggia (1380) by the Venetians, the Republic underwent a first decline that reached its nadir in the late 15th century. The city was ruled by foreign leaders, the Duchy of Milan and the Kings of France. Christopher Columbus moved to Spain and Portugal and the city was no more than a French or Milanese protectorate. Nevertheless, thanks to Andrea Doria, the Republic came back to its magnificence and the 16th century was the called the Golden Age of Genoese bankers. With the fall of Caffa in 1475 (its most important trading outpost), Genoa's focus became inward, and finance began to take some precedence over long-distance trade.


The Golden Age of Genoa

The Most Serene Republic of Genoa is the sencond-longest existing Italian city-republic. Only Venice existed longer, from the 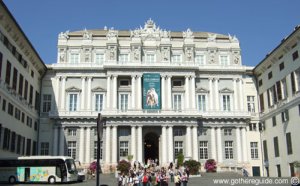 After the early Italian Wars, Genoa remained under the rule of France until 1522 when it was sacked and taken by Charles V and became a Habsburg port. Andrea Doria, with French support, overthrew Habsburg rule in 1527, marking the beginning of the Golden Age. He restored Genoese sovereignty and restructured its formal republican institutions, but reserved many powers as 'admiral of Genoa' hitherto not held by the Genoese Doge. The state became an oligarchy - a common result of republics during this chaotic time of foreign intervention in Italy. Later, Doria turned toward the Habsburg in his political alliance, and secured the role of Supreme Admiral of the Habsburg fleets, and abolished the old office of Doge for life. Election of the new doge was only done by the aristocracy. The enormous profits of the Bank of St George continued well into the 16th century even during the enormous instability of the time. The bank itself played an important role in western European affairs, the Conquest of the New World, financed public debt between nations and crowns, and processed American gold coming over the Atlantic to enrich its masters, the Habsburg Empire. many of Genoa's architectural gems are from the Baroque period, beginning at the end of the 16th century. The Palazzo Ducale (above) is a fine example of early Baroque structures in the superb port city.

The historical Republic of Genoa shared much with England. Its and patron saint (St George, San Giorgio) and flag is the same as England. During the Golden Age of Genoa, the English ships entering the Mediterraean Sea often ran the risk of being boarded by pirates. Nevertheless, the pirates knew that it was no good to board Genoese vessels so the English King asked the Republic of Genoa the permission of waving its flag when his ships were sailing the Mediterranean Sea so to enjoy the protection of the Republic... of course by paying a sum. The flag then remained as English flag. Until short after World War 2, it was popular in Genoa to use English measurements such as pounds and ounces when buying flour, salt and other goods. The local soccer team is called 'Genoa 1893 Cricket and Football Club,' founded in 1893 by Englishmen. Its supporters are stil very proud of being of English descent and often weave the Union Jack at matches.