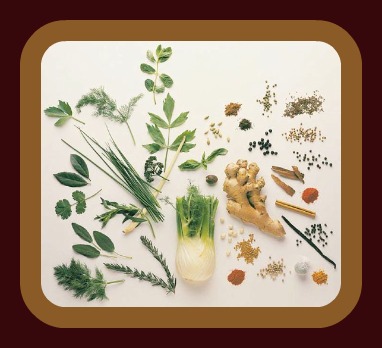 
The Ortus sanitatis is an important early herbal. There is some debate about the identity of the author but it seems most likely that it was the town-physician of Frankfurt, Dr. Johann Wonnecke von Caub. The work contains many pictures of plants, animals, birds, fishes, mer-people and stones. The illustrations although rather rudimentary are reasonably faithful to reality and were re-used many times in other works. One is an alternative to the Royal College of Physicians of Edinburgh’s symbol of a centaur this time reversed - a man with the head of ass. Cuba, Johannes de, fl, 1484, 1497, 1500


This is the first book on medicinal plants as an applied science. In the 1st century the Greek physician Dioscorides, while travelling with the Roman army, collected information on plants which he compiled into 'De materia medica', describing over 600 plants and their medical properties. For over 1500 years this work reigned as the almost infallible authority on medical botany and many believed nothing existed beyond his teachings. The above is the first edition of the translation by Jean Ruel, made from the Aldine Greek edition of 1499. Altogether over 30 editions of this traqnslation were published, the last in 1554.

Otto Brunfels
Herbarum vivae eicones
Johann Schott, Strassburg, 1530
Written by the earliest of the German botanists this work is a milestone in the history of botany. It is the first book on the subject to rely wholly on personal observation and has 135 original detailed woodcuts of plants taken directly from nature. Although Brunfel’s illustrations were a huge step forward the text is an uncritical compendium of older writers. This copy was bought in Paris by Patrick Moray on the 20th January. 20. 1670. It has a 16th century calf binding wilf gilt Venetian decorations. 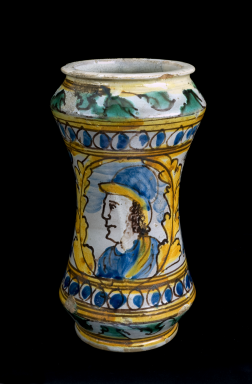 This vase would have been used for storing medicines in a pharmacy. Such albarello-type vases originated in Persia and were widely adopted elsewhere in Europe. The vase has an hourglass shape and a multicoloured decoration. This shape was developed so that many jars could be put on one shelf, to save on space, but the jars could still be safely removed by grasping them around the middle. This type of decorated pottery is known as maiolica (or majolica) and is believed to be named after the island of Majorca, where the finest pots of this type were said to be made. 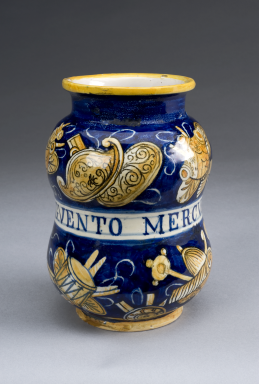 The Italian inscirption painted on this jar suggests that it once held mercury unguent or ointment. The ointment was used for a number of illnesses, most notably the treatment of syphilis. Mercury is toxic and if taken over a long time would eventually poison the patient. Albarello vases, with their characteristic hourglass shape and multicoloured decoration, originated in Persia. The shape was developed so that many jars could be put on one shelf, to save on space, but the jars could still be safelt removed by grasping them around the middle. This type of decorated pottery is known as maiolica (or majolica) and is believed to be named after the island of Majorca where the finest pots were said to be made. This example is from a group of potteries called Deruta, based in Umbria, Italy.