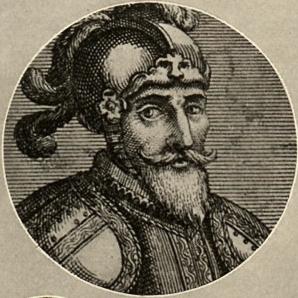 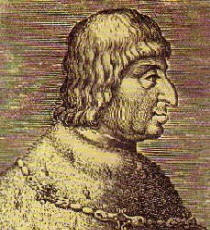 Ferrante I of Naples 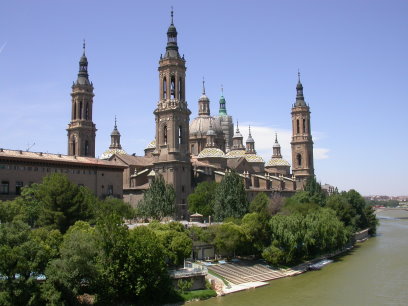 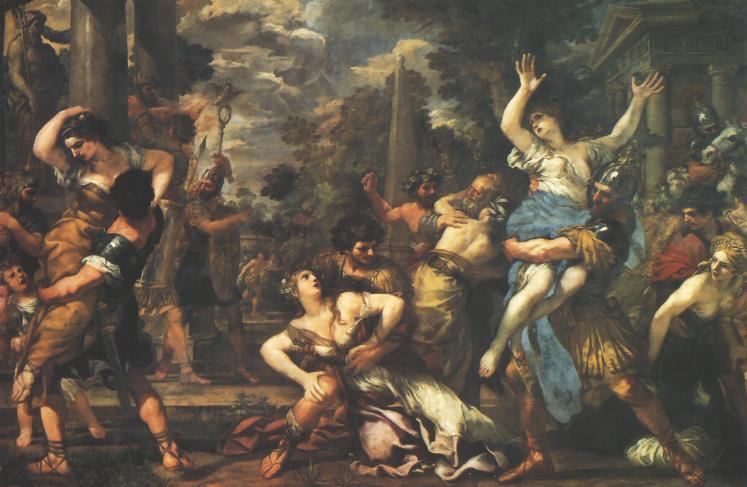 The Rape of the Sabine Women 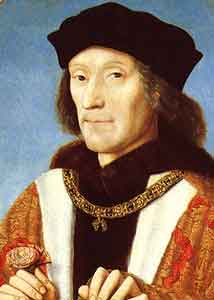 Henry VII in 1505, probably by Michael Sittow
The EXECUTION OF CHARLES I, 1649
King Charles I was his own worst enemy. Self-righteous, arrogant, and unscrupulous; he had a penchant for making bad decisions. His troubles began the moment he ascended the throne in 1625 upon the death of his father James I. Charles simultaneously alienated both his subjects and his Parliament, prompting a series of events that ultimately lead to civil war, his own death and the abolition of the English monarchy. Charles' problems revolved around religion and a lack of money. His marriage to the Roman-Catholic French princess Henrietta Maria in 1625 did not please his Protestant subjects and led to suspicions of his motives. In 1637 he totally misgauged the sentiments of his Scottish subjects when he attempted to impose an Anglican form of worship on the predominantly Presbyterian population. Riots escalated to general unrest; forcing Charles to recall Parliament in 1640 in order to acquire the funds necessary to quell the Scottish uprising. This so-called "Short Parliament" refused Charles' financial demands and disbanded after only one month. The continuing civil unrest in the north forced Charles to again convene Parliament in December 1640. The following year the Irish revolted against English rule while the determination of King and Parliament to assert their authority over the other led to open conflict between the two in 1642. The tide of the Civil War ebbed and flowed for the next six years, culminating in the defeat at the Battle of Preston of Charles' army in August 1648 by Parliamentary forces under the command of Oliver Cromwell. The King was charged with high treason against the realm of England. At his trial, Charles refuted the legitimacy of the court and refused to enter a plea. Not withstanding the absence of a plea, the court rendered a verdict of guilty and a sentence of death declaring:

Three days later, the king was led to the scaffold erected at Whitehall, London.Beatrice Cenci 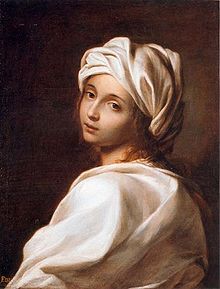 The portrait associated with Beatrice Cenci attributed to Guido Reni that Shelley saw in Palazzo Colonna in 1818, sparking his interest.
Beatrice Cenci (6 February 1577 – 11 September 1599) was an Italian noblewoman. She is famous as the protagonist in a lurid murder trial in Rome. Beatrice was the daughter of Francesco Cenci, an aristocrat who, due to his violent temper and immoral behaviour, had found himself in trouble with papal justice more than once. They lived in Rome in the rione Regola, in the Palazzo Cenci, built over the ruins of a medieval fortified palace at the edge of Rome's Jewish ghetto. Together with them lived also Beatrice's elder brother Giacomo, Francesco's second wife, Lucrezia Petroni, and Bernardo, the young boy born from Francesco's second marriage. Among their other possessions there was a castle, La Rocca of Petrella Salto, a small village near Rieti, north of Rome.


According to the legend, Francesco Cenci abused his wife and his sons, and had reached the point of committing incest with Beatrice. He had been jailed for other crimes, but thanks to the leniency with which the nobles were treated, he had been freed early. Beatrice had tried to inform the authorities about the frequent mistreatments, but nothing had happened, although everybody in Rome knew what kind of person her father was. When he found out that his daughter had reported against him, he sent Beatrice and Lucrezia away from Rome, to live in the family's country castle. The four Cenci decided they had no alternative but to try to get rid of Francesco, and all together organised a plot. In 1598, during one of Francesco's stays at the castle, two vassals (one of whom had become Beatrice's secret lover) helped them to drug the man, but this failed to kill Francesco. Following this Beatrice, her siblings and step mother bludgeoned Francesco to death with a hammer and threw the body off a balcony to make it look like an accident. However, no one believed the death to be accidental. Somehow his absence was noticed, and the papal police tried to find out what had happened. Beatrice's lover was tortured, and died without revealing the truth.


Meanwhile a family friend, who was aware of the murder, ordered the killing of the second vassal, to avoid any risk. The plot was discovered all the same and the four members of the Cenci family were arrested, found guilty, and sentenced to death. The common people of Rome, knowing the reasons for the murder, protested against the tribunal's decision, obtaining a short postponement of the execution. However, Pope Clement VIII, fearing a spate of familial murders (the Countess of Santa Croce had recently been murdered by her son for financial gain), showed no mercy at all. On 11 September 1599, at dawn, they were taken to Sant'Angelo Bridge, where the scaffold was usually built. In the cart to the scaffold, Giacomo was subjected to continual torture. On reaching the scaffold his head was smashed with a mallet. His corpse was then quartered. The public spectacle continued with the executions of first Lucrezia and finally Beatrice; both took their turns on the block, to be beheaded with a sword. Only the 12-year-old, Bernardino, was spared, yet he too was led to the scaffold and forced to witness the execution of his relatives, before returning to prison and having his properties confiscated (to be given to the pope's own family). It had been decreed that Bernadino should then become a galley slave for the remainder of his life. However, he was released a year later. Beatrice was buried in the church of San Pietro in Montorio. For the people of Rome she became a symbol of resistance against the arrogant aristocracy and a legend arose: every year on the night before her death, she came back to the bridge carrying her severed head.